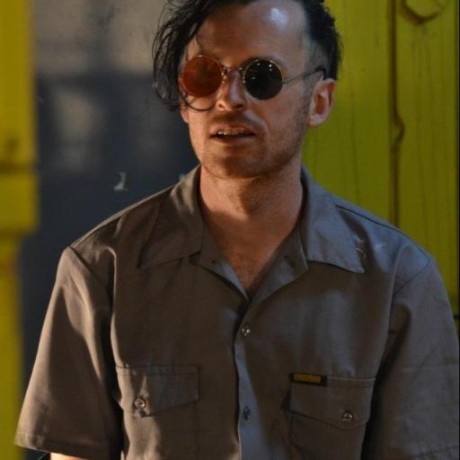 stack expressions are similar to regular expressions, but can parse nested structures.

I had tried out a few parsing libraries. I tried nearley, it was easy to write the grammar but hard to debug the ast. chevotrain looked, good, but then it had a silly DSL and looked like way too much code. Another time I had played around with PEGjs but the parser it generated was way too slow.

How hard could it really be?

(update, looks like this is a Parsing Expression Grammar)

To understand how this really works I recommend reading the explainer (and also the code, of course!)

Here is the simplest useful example that you can't do with regular expressions. You can't write a CSV parser that groups things into cells and lines. csv actually is a regular language, the limitation here is how capture groups work in regular expressions.

In this library, the TEXT capture group is used to capture those characters directly. so there is a capture around the cell, TEXT(cell) then around that is a JOIN (to get lines) and then another capture, GROUP, to get the line as a group GROUP(JOIN(CATCH(cell), ','))

A repeating pattern with a separator is a very common pattern, but a pain to describe in a regular expression: pattern (separator pattern)* JOIN is just a built in support that takes a pattern and a seperator and does this for you. (I named it join, because it's similar to the join method on a javascript array)

regular patterns: AND, OR, MAYBE, MANY, MORE

only match if all sub rules match.

match the first of any matching subrules.

if subrule matches, return that match, else allow an empty match. The same as OR(subrule, EMPTY) where EMPTY = AND()

match subrule 0 or more times, like * in regular expressions.

match subrule 1 or more times, like + in regular expressions.

join one or more items by separator. shortcut for AND(item, MANY(AND(separator, item))) To allow an empty list, use MAYBE(JOIN(item, separator))

match if a rule comes next, but do not consume any characters. I'd recommend avoiding this if possible, back tracking will cause your parser to be slow.

match if the following rule does not match. does not consume any characters. I'd recommend avoiding this if possible, back tracking will cause your parser to be slow.

capture the text matched in a subrule. map is an optional function that will be applied to a matched group.

capture any subgroups into a collection. If there are no subgroups, but the subrule matches, an empty array is returned.

the optional map function will be applied to the groups as a whole.

return a subrule that may refer to itself. It's necessary to declare the recursive rule at the start, so that you can pass the rule to itself as a subrule.

The clauses above all return a function that does they thing. To define a recursive stack expression we need to call the function, and also pass that function to itself as an argument.

The following is a lisp-like parser, that accepts nested lists of printable characters separated by space, surrounded by parens. (the CATCHes have been left out for clarity)

create a subrule that never passes, it instead throws an error.

to use, put inside a OR(expected, FAIL(message)) if expected isn't matched, throw an error. Use this once you have enough matched of a given pattern that the rest must match now. for example a json object or array must have a closing } or ]. Also a object must have a : after the string.

If rule isn't matched, fails with message. useful for patterns that once started, must end. for example AND('(', MANY(value), EXPECT(')')) Once the opening '(' is matched, it will match as many values as it can, then expect a ')'. If it doesn't find a ')' an error will be thrown.

If rule is a string, then message will default to the same value.

dump output to console.log whenever rule is executed. Useful for debugging. Remember to remove it from your code you ship.

A json parser in 50 lines including comments, and uses most stack-expression constructs, including GROUP (with map), RECURSE, and FAIL.