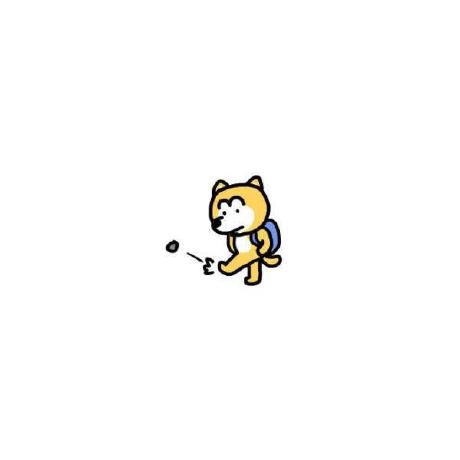 If you like playing games, Warcraft 3 must be on that list. You may be curious about the video files exported by the game-why the video is only a few hundred KB even after you have played the game for an hour? Soon you will realize what have a happened-the map inside the game has to be reloaded almost every time when you import the replay video. If you skip the step, the video won’t be played

Actually the data recorded in the video is not a video file, but a series of actions come up with time stamps. When importing the map, you actually initialize a state. In this state, once the previous actions are restored, you can restore the whole previous game process. This is what we called the basic principle of reply

For a video, it greatly reduces the size, assuming that we need to record an hour of 1080p24f video, in the case of uncompressed video

In fact, the Web recorder also draws on such an idea, which is generally called Operations Log. In essence, it's recording a series of browser event data, re-render using the browser engine, and restore the previous operations.

From a practical perspective, even if you compare the compressed video with an H.265 compression ratio of several hundred times, you can save at least 200 times in volume

Compared with traditional video streaming, its advantages obviously stand out:

So the question is coming: Why do we have to record web pages? What are the scenarios?

I have though about the following aspects

Technical details of the Web Recorder

Take a snapshot of the DOM

The node data of the page can be easily obtained through the DOM API, but for our needs, it is obvious that the data provided by the DOM Node is too redundant. This step is to simplify the information by referring to the design of VirtualDom

After deep traversal of the DOM, the DOM is mapped to a VNode type node. The Nodes to be recorded are mainly three types ELEMENT_NODE, COMMENT_NODE and TEXT_NODE. After deserialized, it can be restored the state

there are some nodes and attributes that need special treatment, such as

With the help of the ability combination of WindowEventHandlers addEventListener, etc., you can monitor a series of operation events on the page

For the MouseMove event, it will be triggered frequently during the movement, resulting in much redundant data. Such data will waste a lot of space, so for the mouse tracking, we only collect a small number of key points, the simplest method is to use throttling to reduce the amount of data generated by the event, some disadvantages will come up:

We can watches the input via input blur focus event of Node.addEventListener, but this can only listen to the user's behavior. If we assign values ​ via JavaScript, we can't listen to the data Changes, at this time we can hijack some special properties through Object.defineProperty, without affecting the target, forward the new value to the custom handle, and handle the change in a unified method

Because the DOM Diff Patch is implemented with the MutationObserver, it is necessary to collect and process the changed records, which involves some key issues: For instance, the timing of DOM changes is sequential, and Mutation can only be summarized as adding and deleting, However when calling insertBefore or appendChild, it will cause movement. These nodes must be processed and marked as moved, otherwise, the loss of node references may cause rendering errors.

Can I Use MutationObserver shows that only in IE11 and later, Android 4.4 and later can be used, compatible with the old browser can be through MutationObserver-shim to support, but using shim may cause some fatal bugs of the collected data. there is also a situation that some websites may block the MutationObserver API, we can restore the `` Native Code '' by creating an Iframe

Canvas, Iframe, Video and other elements

After loading HTML, it will refer to many external resources, usually in many forms

The above requires a converter to deal with the path problem. In the Deserialize stage, they can be converted to the absolute path under the original domain in order to load normally in cross-domain There is also a situation where the problem of loading resources for third-party resources requires the proxy server.

Usually, due to the limitation of the resources of the recorded website with the CORS Policy. The solution is that you can add a white list or ignore it if the resources are controllable. The other is to use a proxy server.

Before starting to play, we need to restore the previous data to the real DOM. This will take a certain time and you will see a white page, which depends on your browser performance and recording web page resources. Refer to FMP (First Meaningful Paint), during the loading process, the skeleton map can be dynamically generated from the previously mapped data, and wait for the FMP to send the Ready signal before playing

When the user moves the mouse on the page, many mouseMove events will be generated. The coordinates and timestamp of the track are obtained through const { x, y } = event.target

If I use a mouse to trace a track on the page, I may get the coordinate points like the picture below

However, on most occasions we do not require 100% restoration of accurate mouse path for the scenario of recording, and we only care about two situations:

After simplifying the mouse path through these two strategies, it takes only about 6 points to draw a , to simulate the virtual path of the mouse through the spline curve

After filtering out the key points through the rules, the B-spline curve calculation function is used, When redrawing the mouse position during rendering, you can get a mouse with an approximate curve Track

Optimize the data by Diff string

When we constantly taping the content in an input box, our Watcher function will continuously respond to events, through Event.target.value you can get the latest value of the current HTMLInputElement, you can use the throttling function to filter Some redundant responses are dropped, but it is not enough. For example, the text in a TextArea will be very long and long. Assuming the length of the text is n, we add 10 characters after the text, then the response The length is:

Visible will produce a lot of data

After passing by Diff Patch, modifying the string abcd to bcde can be expressed as:

Recorded a coordinate info through a mouse event, the heat map can be easily generated for analyzing the user's behavior data by heatmap.js.

When the page switches, we need to reset the heat map. If it is a single-page application, we can monitor changes on the page via popstate and hashchange in the History

We can obtain and process some personal privacy data through the annotation of the DOM during development Node.COMMENT_NODE like： <!-- ... -->）annotation. Based on agreed statements, we only have to process the requirements of the DOM tag that needs to be desensitized. For example, if want hide tag<button>, we need change it into<!--hidden--><button><button>

The recorded content may be provided by a third party, which means that there may be certain risks. for example: <div onload="alert('something'); script..."></div>, or some events in our player may also affect the playback content, so we need a sandbox to isolate the playback environment, Iframe Sandbox provided by HTML5 remains a good choice, which can help us easily isolate the environment such as:

The player will have a accurate timer. The action data is stored in a stack. Each data is a frame. With RAF(RequestAnimationFrame) to exec the next frame

double the speed of the acquisition rate

Jumping is a complicated problem. If you want to achieve a Bi-Directional jump that can be forward and backward like a video, due to the constraints of the rendering engine, I did not implement a reverse rendering method but solved it by a special method

To achieve a Bi-Directional jump, the idea here is to calculate the corresponding S(Snapshot) and A (Action) at a certain distance in memory

So [SAAA] formed a block, when the jump behavior occurs, it will be located in the corresponding block for calculation and rendering

Audio recording can be provided by the HTML5 WebRTC. Since it mainly records human voice, it doesn’t not need high standard in recording quality. I thus chose the 8000 sample rate, 8-bit rate and mono PCM recording format, later can be converted into lossy compressed mp3 format to save space. Subtitles will be automatically generated after analyzing the recording files by some third-party services

Gzip on the client

Gzip generally compresses the transmitted data in the network application layer, but our data does not only exist in the database, there may be three storage type:

Greatly reducing the data size before exporting or transmitting,

On the client side, the compression based on Gzip, As a result I chose Pako to compress the data. As the core of Gzip is Deflate, and Deflate is based on LZ77 and Huffman tree. The text data is converted into Uint8Array through Gzip, and then Uint8 is converted into the corresponding ASCII. The advantage to that is each encoding only use 1byte which reduce the volume by about 5 times by compression

We can use indexedDB to store client data. IndexedDB has much larger storage room than LocalStorage with generally no less than 250MB or even no upper limit. ON top of that, it utilizes object store and is available to transaction. The important point is that it is asynchronous. That means it will not block the operation of the Web Recorder. The data can be uploaded to the server after that

The RollUp packer can generate multiple formats, such as UMD and ESM, etc. Loading SDK in the project or using the Chrome plug-in to inject the UMD module, we can easily load the code and control it to record the data.